Alberto J. Cordero April 25, 2022
A cluttered control screen can be a pain, but sync a controller and Apex Legends Mobile is the real deal.

You know the feeling, don’t you? It’s like when the United States makes a facsimile of your favorite British show, or your most cherished childhood book gets the Hollywood treatment. You’re excited because getting more of something you love can never be a bad thing. But you’re nervous too, because the reason why you love can be different from why others do it. I get the same sense of worried glee whenever I find out that a game I love is getting a port or remaster. I’m both giddy and a bit apprehensive, and I’ve learned – mostly the hard way – to firmly control my dizziness when a favorite franchise gets the mobile treatment.

In Respawn’s defense, Apex Legends Mobile is not a port. Designed from the ground up for mobile, Respawn takes everything I love about its irrepressible battle royale – its striking style, excellent sound design, fabulous cast and delightful gunplay – and wraps it in flashy new threads. designed specifically for mobile devices. Not everything lands – especially its cluttered UI and complex progression and currency systems; more on those later – but there’s plenty to enjoy here, even if you’re new to mobile shooters.

For those unfamiliar with Apex Legends, it’s a nice spin on the team-based Battle Royale formula, offering the usual arms race, shrinking ring, and deathmatch, but with a charming roster of characters – Legends – each sporting their own special abilities. The majority of them are well balanced and bring something different to the battlefield, depending on your comfort zone and shooter preferences.

In the mobile version we get the standard Battle Royale mode alongside a ranked variant, Arenas and Team Deathmatch, and you play on slightly reduced versions of the excellent maps you may already know. Ten legends – most of which are from the game’s OG lineup – are up for grabs: Bangalore, Bloodhound, Caustic, Gibraltar, Lifeline, Mirage, Octane, Pathfinder and Wraith.

The tenth is Fade and, as a mobile exclusive, is undoubtedly the biggest draw for Apex fans. Sporting a Flash Back tactic – something similar to Wraith’s Interdimensional Void or Tracer’s ability in Overwatch – he can travel back in time to a previous location to escape sticky situations, while his passive speeds up that all-important slide. . His Ultimate is particularly intriguing, however, given that it lets him throw a throwable that gives his teammates brief invulnerability and temporarily prevents opponents from dealing damage as well.

The modes are all pretty standard, especially if you play a lot of shooters, but I always thought Apex’s biggest draw was its main Battle Royale mode, and Mobile isn’t changing my mind. They unlock quite sensibly as you progress through the ranks, letting you get used to the speed and range of one match type before indulging in another. There’s no crossplay, but I’m not going to complain about that – if there had been, my screenshots would be nothing but agony.

While the game looks surprisingly similar to the version I enjoy on console, the control scheme certainly isn’t. There’s an effective and comprehensive tutorial when you first get started – Mirage walks you through all the basics with its usual dose of charisma – and while it would be unfair to drop my problems squarely at the developer’s feet, I don’t Don’t think all my errors were purely user errors either. Even though the early lobbies are filled with plenty of bots to give you a head start while you get used to the controls and gameplay, no forgiving AI can counter the frustration of pressing the wrong button, firing a wasted shot and accidentally revealing my location to nearby opponents.

For this very reason, I never fully acclimated to Apex Legends Mobile’s on-screen control scheme, not even with multiple matches under my belt. Maybe the real estate on my iPhone 13 is just too shabby – I’ve had better luck on my (much older) iPad – but with so much information squeezed into such a small space, the controls you usually trigger via your controller or mouse/keyboard – crouch, jump, kick and so on – compete for space next to your minimap, special ability statuses and kill feed, etc.

That said, the screen controls are fully customizable – never a bad thing – meaning you can reposition pretty much anything you want to streamline the UI to your precise setup, but even that wasn’t not quite enough to negate finger fumbling and button mis-hits.

Luckily, the bluetooth of your controller of choice – in my case it was a DualSense – has alleviated most of those frustrations, even if controller support isn’t quite there yet. It still caused a few annoyances – I could only use my controller in matches and not, say, on the home screen – but even jerky controller use is better than nothing.

There are also a few mobile-only features to make it more forgiving on smaller screens, especially if you’re transitioning from the original game. These include a visual indicator when you get shot – a fabulous innovation, especially if you’re playing somewhere noisy or forgot your headphones – and a default command to automatically gather loot, which is also cool than it may seem, especially because the backpacks in Apex Legends Mobile are more spacious than those in the main game and you can carry more ammo. You’ll also find that you can also switch between first and third person perspectives which is a nice addition although confusing as I don’t know why anyone would not use the extra visibility of the third person point of view in a shooter if available.

While Apex has always eschewed hyperrealism for a bright, cartoony aesthetic, I’m impressed with how faithfully the world of Legends has been adapted to fit the small screen.

Perhaps most notably, however, there is now a perk system for your legends, and I suspect that will be of particular interest to existing fans. I’ve been playing Apex Legends Mobile for a few weeks now, and I’m still very conflicted about it. Although Apex was never a completely level playground – players who use legends skills brilliantly often get the better of me no matter what crapola weapon they use – Mobile offers mastery points with which you can unlock and equip new perks, like allow Lifeline to restore an additional 25 Health for herself and her fallen comrade when restored.

While you can do this without spending a penny and you can only equip three simultaneously, it seems like it will give time-rich players more advantages on the battlefield, and that kind of thing always pisses me off. comfortable. Your ability to win a match should depend on your skill and RNG loot luck and not because you’ve had time to unlock all of your favorite character’s perks.

Speaking of uncomfortable: the challenges, currency, and progression menus are incredibly overwhelming here and dangerously close to trash. There is so much a lot of it, anywhere, anytime, along with the obligatory battle pass, loot box mechanics, and a confusing assortment of currencies — monetary or otherwise — to unravel.

Yes, all rewards are cosmetic and nothing (besides the perk system, anyway) gives you an advantage in the game. But with not one but two premium battle passes and many other limited challenges in the times constantly vying for your attention, it’s just an ugly extension bolted on to an otherwise clean and polished experience.

In many ways, I suspect Apex Legends Mobile will be what many hoped the Switch port would be. I encountered very few bugs, glitches, or lags once the game came out of testing provided I had a reasonable signal and/or wifi connection, and although Apex always avoided hyperrealism for a bright and cartoony aesthetic, I’m impressed with how faithfully the world of Legends has been adapted to fit the small screen. And while I can’t say I have any desire to go back to playing with the on-screen buttons – they’re controllers for me now – I’m glad Apex Legends Mobile let me down, shocked and shaken in all the right ways.

Next Halo Infinite battle royale: Tatanka gameplay, leaks and everything we know 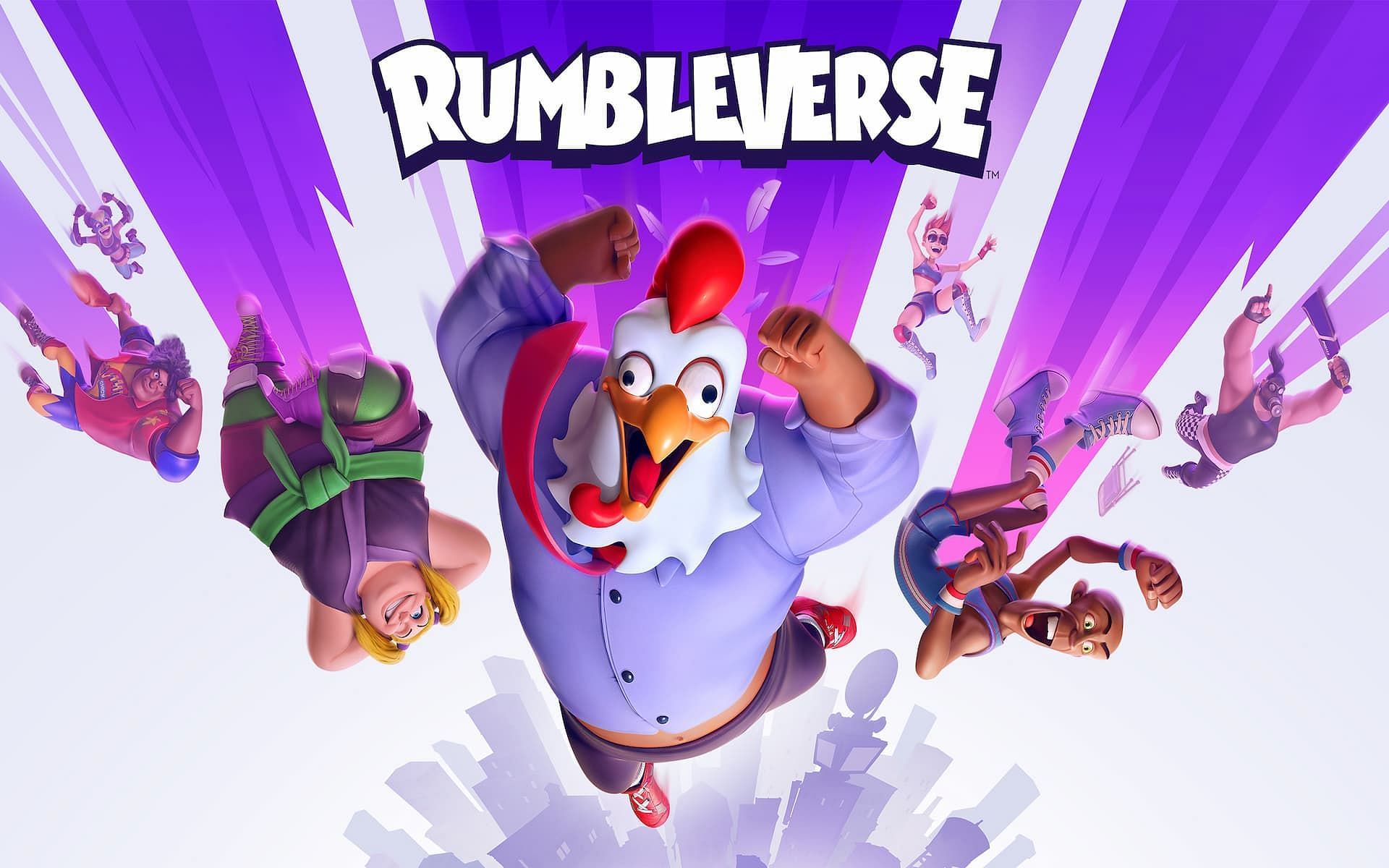